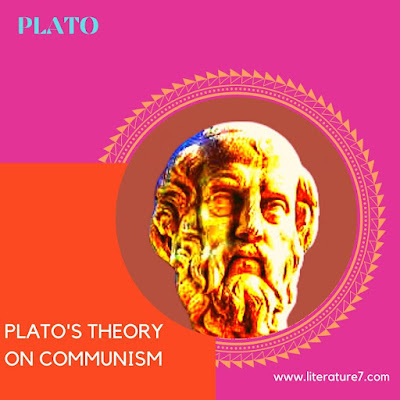 Plato’s Ideal State of the Republic is a revolutionary social system in which philosophers (guardians) and warriors (auxiliaries) reside under communism as a system. Plato’s communism includes two aspects which are: communism in property and communism in the family. The institution of property and family will be eliminated for the two classes of the upper class as Plato believes they (property and the family) hinder the process of achieving justice. Elimination of family and property will allow the two classes of upper class to fulfill their duties with a high degree of efficiency and with no self-interest. The two upper classes symbolize rationality and a sense of spirit. They must be confined to these two elements and abstain from the element of appetite. Plato declares, “Gold (reason) and silver (spirit) We’ll tell the people (Guardians) about the blessings they are being given by God the most divine of metals is within them, and they are; therefore, no need for that earthly dust (something which is of extremely low quality, i.e., cash )… for the commoner metal ) has been the basis of many sinister acts.”
Plato’s communism can be described as “half-communism.” It is intended to be used by the two upper classes (Philosophers as well as Warriors) only. They are to be free from the burdens of economic as well as domestic issues. So Plato’s communism is one form of “military monasticism” in which no family separate from the other is allowed, where the barracks are commonplace, where a common lifestyle is enforced, and private property is prohibited. In the words of Plato, “Both the community of property and one of the families, according to what I am declaring, create guardians who are more genuine guardians. They won’t break up the city because they differ on “mine” or ‘not mine.’

Plato proposes communism in family and property to end the social divide caused by the greed of people and the pursuit of luxury. Simple living does not please those who are attracted, ambitious, competitive, and insecure. Since they’re not satisfied with their current situation and have a lot to offer, they seek out the things that other people have, and thus there are rivalries, conflicts, and conflicts are created. Plato states, “Any ordinary city is actually two cities: one is being the cities of poor, and the one of the wealthy both at war with each other.” To avoid conflict, Plato suggests communism for the guardians. According to Plato, they are the subjects of extraordinary regulations as they are entrusted with extraordinary obligations to fulfill. However, producers can own the family and property as well.
According to the Platonic plan of communism, the warriors and the philosophers should not be devoted to the family or property but to the common good. They are not entangled in any activity that does not meet their goals. The main goal for the government is to eradicate confusion, discord, and disorientation and replace them with unification. And there is unity when there’s a commonality of both pleasures and aches. Plato’s words say, “Where there is no shared, but only private feelings an unorganized state.” Therefore, he suggests that communism is the answer to this issue of private interests.

Plato supports communism in property on three bases. The first is that it is unaffected by his concept of justice. Two classes of the upper class should adhere to a system of communism in order to be able to carry out their tasks properly. They are the fundamentals of reason and spirit and must abandon the notion of appetite.
Second is the real-world basis for Plato’s communism. Plato is wise enough to recognize that the fusion of political and economic power together is detrimental to the integrity and effectiveness of the administration. He, therefore, recommends the separation of power in politics concerning economic power.
The third reason for Plato’s communism is that guardians have specific tasks to complete and comply with specific rules. They will be stripped of silver and gold. They will not have property; they will reside in common barracks, which the state maintains at the cost of. They’ll even have to eat all the food items that are on the tables of the commons.

Plato’s property communism is criticized for many motives:

Aristotle critiques Plato’s communism on the property based on the following arguments: