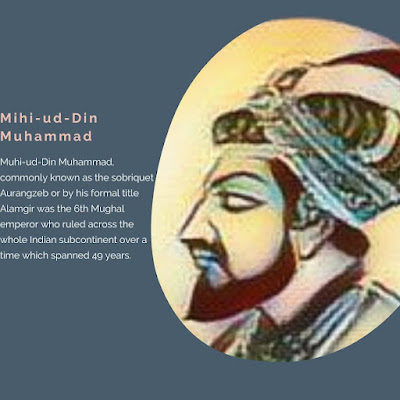 The general observations of historians about Aurangzeb are that he was neither a good son, nor a good father, nor a good brother, nor a good administrator and above all not a good ruler. After going through the events of his reign, one is forced to come to the conclusion that Aurangzeb must share the blame for the downfall of the Mughal Empire.

Judged as a sovereign, he must be pronounced a failure. His intense suspiciousness poisoned his whole life. He never trusted anybody. His proceedings in the Deccan during the later part of his life were simply ridiculous as military operation. In fact, nothing in the history of Aurangzeb justifies posterity in classing him as a great king.

According to Sir J. N. Sarkar, “Aurangzeb with all his virtues was a complete failure. But the cause of the failure of his reign lay deeper than his personal character.” Though it is not true that he alone caused the fall of the Mughal empire, yet he did nothing to avert it but deliberately quickened the destructive forces.

The religious fanatism of Aurangzeb set aside all his virtues. He entirely reversed the policy of religious toleration enunciated by Akbar which resulted in weakening the entire structure of the Mughal empire. It resulted in many serious revolts of the Hindus.

Sir J. N. Sarkar again has commented that the extension of Empire was the beginning of his end. He elaborated his statement in these words, “In Hindustan the administration rapidly deteriorated peace, prosperity and the arts decreased and the entire Indian civilization fell backwards.”

During his reign, the defence of the North-Western Frontier was neglected. The material resources of the empire dwindled. The vast annexations effected by Aurangzeb in the Deccan-Bijapur, Golkonda, Eastern Carnatic and Maharashtra were all illusive. Instead of adding to the strength and wealth of the empire, they brought down economic ruin upon it.

In the political field, Aurangzeb committed a number of serious mistakes. He had no desire to negotiate with the Marathas. He was convinced that after the extinction of Bijapur and Golkonda, the Marathas had no option but to accept his loyalty. But it was his wrong assumption. He gave ‘Mansabs’ to many Maratha Sardars but they were never given offices of trust and responsibility. Thus the Maratha problem left an open sore.

Again, Aurangzeb was orthodox in his outlook and tried to remain within the framework of the Islamic law. But this law was developed outside India and could hardly be applied in India where eighty percent population were non-Muslims. It alienated segments of the Hindus and strengthened the hands of those who were opposed to the Mughal rule in India.

In the ultimate resort, the decline and fall of the empire was due to economic, social, political and institutional factors. Akbar’s measures helped to keep the forces of disintegration in check for sometime. When Aurangzeb came to the throne, the socioeconomic forces of disintegration were already strong. Aurangzeb lacked the fare sight and statesmanship necessary to effect fundamental changes in the structure or to pursue policies which could, for the time being, reconcile various competing elements.