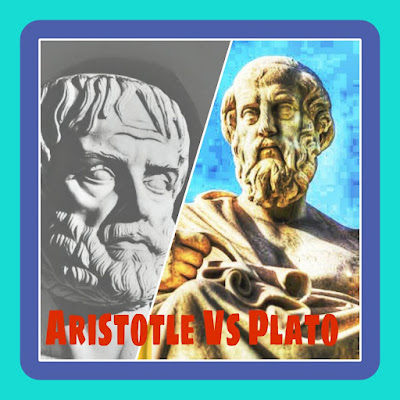 Aristotle differs from Plato more in his style than the substance that he teaches in his political philosophy. Aristotle is a realist, and his theories provide clear concepts. Aristotle is universally regarded as the first Platonist, or the greatest of the Platonists. There is not the slightest doubt that all his philosophy is deeply rooted in that of Plato. There is hardly any of Aristotle’s leading thoughts which cannot be traced back to Plato and whose germ is not found in Plato’s dialogues. It is true that Aristotle has interpreted Plato’s philosophy in his own way but it does not mean that Aristotelianism is entirely a violation of Platonism. It is also wrong to say that Plato is all utopianism and Aristotle all empiricism.

The main points of agreement between Plato and Aristotle may be explained thus:

about slavery in The Republic, but in The Laws, he recognises slavery. Likewise, Aristotle openly defends slavery. 10. Both of them favour state interference in all aspects of life including even private matters of family life. Plato stands for censorship of art and literature. Aristotle too defends the state regulations relating to marriage and population.

The main points of disagreement between Plato and Aristotle may be explained thus:

The most significant distinctions between Plato and Aristotle are as follows

Aristotle’s ideas are, thus, based on Plato’s philosophy. In fact, Aristotle has borrowed every idea and concept from Plato. Most critics have made much of criticism of Plato’s communism of family, but it is based on misinterpretation. Aristotle has, no doubt, criticised Plato’s communism of family and many other ideas on various grounds, but such criticisms do not reveal any fundamental disagreements between Plato and Aristotle.