Like Plato, Aristotle has no good opinion on democracy. In his classification of constitutions, democracy has been placed on the perverted side. To him, democracy is a perverted government by many. He, however, contradicts himself in another place when he says that democracy is the government by the many. For Aristotle, the people should be supreme, rather than the few.

In defence of democracy, Aristotle says, “In many things, the multitude is a greater judge than a single individual.” The many are always better than the few; when the many act, they would have the advantage of collective wisdom and would be able to correct each other. When one man hears a poem, the whole of it may escape him. When many hear, some will appreciate some lines, some will appreciate others, and among them they will be able to grasp the whole. Similarly, a government in which every one has a share is a government that is based on firm foundations. Aristotle thus supports democracy. 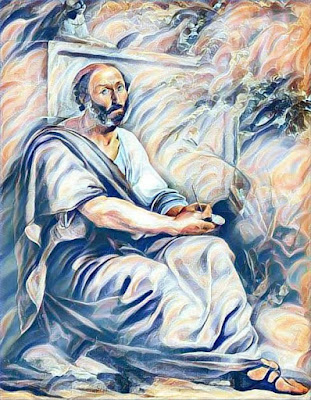 For Aristotle, democracy is the “rule by the poor”, but it has some advantages. The people individually may be worse judges than those who have special knowledge, but they are collectively good. In addition, there are certain artists whose works are better judged by others who do not own the art not alone. The user or occupant of a building, for example, would consider him differently than the builder. For example the user or tenant of a house will be a better judge of it than the builder. Thus, Aristotle’s line of reasoning is clear. The rule by the many is better than the rule by a few with reasoning capacity.

Farmers’ democracy is the oldest form of democracy. Here cultivators or farmers occupy a very important place. All farmers, of course, do not directly participate in the administration of government. They elect some members from among them and those members run the administration.

Farmers have a right to recall their representatives if they fail to serve the interest of the people. In such case, they may elect new members in place of those members. In farmers’ democracy, there is less possibility of occurring any revolution as both rich and poor farmers enjoy equal rights. For this, Aristotle considers this the best form of democracy.

Pastoral democracy is concerned with the interest of the pastors or priests. Here pastors elect some representatives from among them and they take part in the administration of the government. Usually, they elect some rich persons to represent them.

Extreme democracy is the worst type of democracy. Here all except slaves can take part in the administration. All can be granted the right of citizenship.

Although Aristotle defends democracy, it is subject to certain conditions. First, all the people are not entitled to political rights. Only citizens are entitled to political rights. Second, all the people should not be given the right to interfere in every aspect of administration. The people may be given some deliberative and judicial functions, but administrative functions should be given only to the best citizens. Third, democracy is, on the whole, an inferior type of government. Since it’s founded on the mistaken presumption of equality; it comes from the concept that all who are equal (e.g., in relation to the law) are equal in all respects; men are equally free, claiming to be absolutely equal.

Aristotle’s conception of democracy may be criticised on the following grounds. First, he defends direct democracy. He has failed to foresee the possibilities of modern representative democracy.

Second, Aristotelian democracy is an aristo-democracy of free citizens. The common people are not allowed to exercise executive functions. Third, Aristotle is a conservative philosopher. He does not allow the right of citizenship to all. Finally, property owners have a privileged position in his democracy.

Aristotle is, however, a democrat. He suggests the rule by the majority as better than the rule by the few. He is opposed to the theory of philosopher king. He realises the soundness of the political judgement of the common men. Even when he assigns the actual machinery of government to the select few, he argues that many are collectively better than the few best persons.

Aristotle only opposes the extreme democratic form, i.e. mobocracy where the poor, led by demagogues, abuse political power. He favors the fundamental concept of democracy, i.e., freedom. He places democracy on a larger scale than oligarchy and dictatorship.

A Critique of Plato's Ideal State