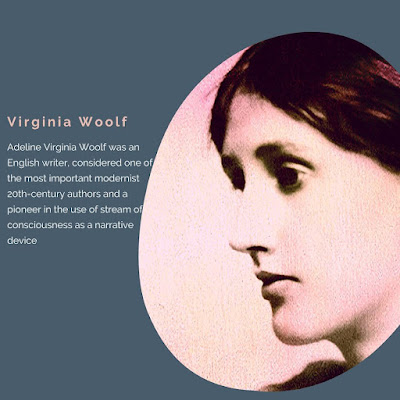 The stream of consciousness is one of the most significant advances in the methodology of the modern novel. James coined the term “stream of consciousness” in Principles of Psychology to refer to the disorderly flow of impressions and sensations through the human consciousness. Additionally, this type of novel is referred to as the subjective novel or psychological novel. According to Katherine Gerould, this type of novel aims to “depict life and character by recording everything that occurs in the hero’s mind, particularly all those unimportant and chaotic thought sequences that occupy our idle and somnolent moments and to which we pay little attention in the real world.”

Characteristics of stream of consciousness novel

The stream of consciousness technique was inspired by the symbolism of French poets, and thus by novelist Marcel Proust, by Freud’s recent psychological studies, and by James and Henry Bergson’s writings. Psychological novelists sought to portray a human character in a non-traditional manner. They recognized that an accurate psychological account of who an individual is at any given moment is often not given in terms of a static explanation of his character but rather in terms of a jumble of chronologically ordered reactions to a set of circumstances. They developed a strong interest in those facets of consciousness that cannot be interpreted as a progression of discrete and self-existing moments but are fundamentally dynamic rather than static in nature and are sequence-independent in a way that events are not. Consciousness concept James observes: “Each distinct picture in mind is steeped, as I am immersed in the free water that surrounds it. The image’s meaning and importance are entirely dependent on the halo or penumbra that surrounds and envelops it.”

People were disgusted by Victorian superficiality in the early twentieth century and turned inward. In England, “interior” novels were written by Dorothy Richardson, Joyce, and Woolf. Lionel Edel elaborates on various facets of the new technique, which can be summarized as the conscious observance of point of view, the interior monologue, the symbol of life, the control of the reader’s vision, the use of the ‘arbitrary dial,’ the subjective and autobiographical tendency, the desire to transform the novel into a poem, and the desire to present blocks of consciousness in the form of images.

Dorothy Richardson was the first modern author to deliberately use the Stream of Consciousness technique; her novel, Pointed Roofs (1915), is the first in a series of novels dubbed Pilgrimage (1935). This series of novels chronicles the mental history of Miriam Henderson, whose moment-by-moment responses to life allow Dorothy Richardson to encompass the very essence of life. Pilgrimage satisfies Virginia V. Coif’s requirements in that it contains no plot, comedy, tragedy, love interest, or catastrophe; there is only Miriam Henderson, living from day to day.