Following the loss and fall of the rebellious angels, God intended to create a new world for a new race of beings to inhabit. God created the world with this intent in mind and filled it with a huge, beautiful garden known as the Garden of Eden. On the eastern wing of this Garden, God chose a particularly lovely location and created Paradise on a lovely pastoral hillock there. This Paradise was Adam and Eve’s first home, and it was through them that God intended to carry out his plan of populating the earth with human beings. God explained his intention to the assembly of heavenly forces as follows:

Another world, out of one man a Race

Of men innumerable, there to dwell,

Not here, till by degrees of merit raised

They open to themselves at length the way

Up hither, under long obedience tried,

And earth be changed to Heaven, and Heaven to Earth,

One kingdom, Joy and Union without end.

This explains why God made Adam and Eve and put them in Paradise.

Satan tries to exact revenge on God by destroying his scheme through the human frailty of these two-Adam and Eve. Satan is enraged by the existence of Man and his World, which he attempts to kill through cunning and deception.

Adam and Eve resided in a Paradise that was a miniature version of Heaven on Earth. It was a place of extraordinary natural and atmospheric beauty that astounded even the angels who had seen Heaven’s splendour and magnificence. Paradise proper was built on a lovely pastoral mound that was surrounded by an impenetrable fence of trees, plants, and creepers. The entire scene offered a breathtaking view of natural luxury and magnificence. This was just the outside of Paradise. Adam and Eve’s true inner abode was infinitely more beautiful.

The interior of Paradise was much more lovely than its exterior. There grew an abundance of the finest trees of all sorts, bearing golden fruits. Additionally, numerous varieties of sweet-scented flowers flourished in large patches and between the trees.

The Tree of Life grew in the midst of this scene, bearing ‘ambrosial fruit of vegetable gold.’ Additionally, near it stood the Tree of Knowledge, the fruit of which brought death to mankind. Additionally, murmuring streams, sparkling rills, and crisped sapphire brooks flowed throughout the region, rolling on orient pearls and gold sands.”

Adam and Eve remained in the midst of this treasure trove of elegance and magnificence. They were an incomparable pair, inextricably linked by natural bonds of love and devotion.

They stood upright and proud, fashioned in the picture of their mighty Creator. Adam possessed masculine vigour and determination, while Eve embodied feminine grace and elegance. He was created for leadership and power, while she was created for ‘coy submission and modest pride.’ Between Adam and Eve, the poet creates a striking and provocative contrast.

Adam’s ‘fairly wide face, “sublime eye,’ ‘hyacinthine locks,’ and ‘broad shoulders’ all indicated that he was destined for absolute law.’ On the other hand, Eve’s long flowing curly hair and wanton beauty compelled her to submit to love.

Related Is Satan the hero of Paradise Lost Book I Who is the real hero of Milton’s epic, Paradise Lost-Satan or Adam?

However, Satan quickly deludes this blessed pair into committing the ‘first sin’ of disobeying God’s command. God had placed only one restriction on them—a prohibition on tasting the fruit of the Tree of Knowledge—and their adherence to this single order was to demonstrate their gratitude and steadfast virtue.

Fall of adam and eve in paradise lost

However, Adam and Eve both disobey God’s order and invoke God’s wrath, which results in the death penalty being imposed on them and their species. They become aware of sin as soon as they consume the forbidden fruit. Their innocence, dignity, simplicity, and holiness vanish, and they become acutely aware of their guilt, nakedness, and betrayal of God. They accuse one another of frailty, inconstancy, and deceit, but their accusations fall on deaf ears. They weep, they repent, and they point fingers at one another, but it is now too late. This state of reciprocal recrimination concludes Book IX.

Is Satan the hero of Paradise Lost Book I Justify your answer. | Who is the real hero of Milton's epic, Paradise Lost-Satan or Adam? 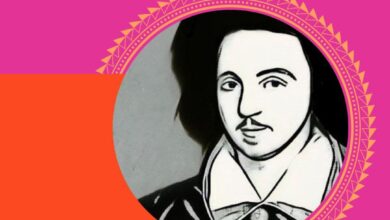 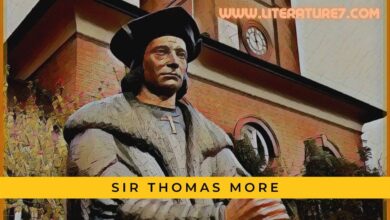 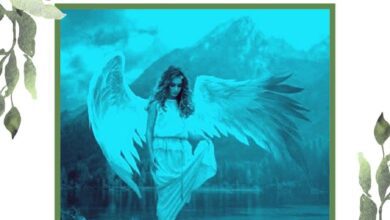 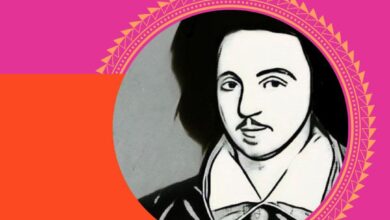