The Renaissance, or the revival of learning during the Elizabethan era, was described by certain characteristics broadly depicted in Spenser’s works. Spenser is referred to as the Renaissance and Reformation’s child. We have the most delicate expression and exposition of the classical Renaissance and English Reformation values and concepts in his works.

The Renaissance ushered in the modern era by bringing the Middle Ages to an end. An adventurous spirit described the new era, a devotion to Beauly, spiritual sincerity, a desire for wealth and magnificence, a taste for material luxury, strength, and pelf, and a desire to revive the values and practises of classical Greek and Roman poets and philosophers. The Renaissance extolled the virtues of adventure and active living. In the opening lines of Canto V of the first book of The Faerie Queene, Spenser expresses a noble expression of Renaissance confidence.

Renaissance elements in the poetry of edmund spenser

The Renaissance period saw a revival of Greek and classical Roman literature. One of the Renaissance’s new poetry goals was to popularise the works of classical thinkers, artists, and orators. Spenser is steeped in this classical lore, and his familiarity with authors such as Plato, Aristotle, Virgil, Ariosto, and Tasso is extensive. What Spenser borrows from classical authors, he develops in his unique way. Thus, everything borrowed from the ancients undergoes a radical transformation in Spenser’s hands.

Spenser borrows the explanation of the journey to the Bower of Bliss from Homer, but he gives it a new meaning that Homer was unaware of in the Odyssey. Spenser borrows heavily from Virgil. The sixth books of Aeneid allude to Duessa’s descent to Hades. Virgilian phrases appear in Spenser’s poetry. Spenser, once again, is familiar with Ariosto and Tasso. Tasso’s Armida introduces Spenser to Acrasia and her bower.

Greek intellectual thinking had a major influence on Renaissance thought. Spenser is inspired by Greek philosophical thinking as a Renaissance child, which he incorporates into the Faerie Queene and the Four Hymns. Spenser studied Aristotle exhaustively, closely, and intimately, and he draws the blueprint for the Faerie Queene from Aristotle. Aristotle inspired the Faerie Queene’s mission to “Fashion a gentleman or noble individual in the virtuous and gentle discipline.” Spenser draws heavily on Aristotle, especially the second book’s mechanism on Temperance and the fifth book’s mechanism on Justice.

Plato, Aristotle’s teacher, also influences Spenser. Platonism finds expression in the Four Hymns. Spenser views the beauty of the human body as a suitable vesture for the even greater beauty of the spirit, inspired by Plato’s idealism. Plato instructed Spenser to regard the beauty of the visible world as a sign of divine beauty. Spenser captures the real Platonic spirit in the Hymn in Honour of Beauty. The following lines from Spenser precisely echo Plato’s thinking.

Read also Write a note on Chaucer’s humour and irony.

During the Renaissance, classical mythology began to be understood and revered. Spenser is familiar with classical myths, and at every turn, he is struck by a classical contrast. Spenser employs a luxuriant profusion of ancient tales and myths in the Faerie Queene. The following passages demonstrate Spenser’s command of classical mythology.

Throughout the Renaissance, there was an air of seriousness, religious sincerity and moral preaching, as well as idealised virtue. Skelton’s Mogycence, Elyot’s Governor, Wilson’s Rhetorique, Castiglione’s Courtier and Aschan’s Schoolmaster, Sidney’s Arcadia, and Lyly’s Eupheus are all Renaissance works that aim to instil goodness and morality in their readers.

Erasmus, a prototypical Renaissance figure, saw moral and religious education as the ultimate goal of all proper education. During this period, education placed a premium on morals and etiquette. Spenser is perfectly in tune and harmony with the Renaissance’s classical emphasis on spiritual elevation and education. The Faerie Queene aspires to be a morality and virtue-based epic. Because of its moral intent and loftiness, his poem ranks alongside Homer and Virgil, Ariosto and Tasso.

See more Critical appreciation of ode on intimations of immortality

The Renaissance scholars preferred to write in the form of allegory. Renaissance scholars demonstrated an inclination to see allegory everywhere. According to them, Homer and Virgil’s greatest poems were allegories; Spenser believed that Homer portrayed “a good governor” in Agamemnon and “a virtuous man” in Ulysses, and he set about portraying virtuous characters in allegorical form. Spenser makes effective use of allegory in light of the Elizabethan authorship conditions.

Spenser shares the era’s flaws and shortcomings in equal measure. The Renaissance brought a desire for luxury, elegance, wealth, exuberance, and extravagance, and Spenser, like other Renaissance poets, shares many of these characteristics. Exaggeration, ambiguity, and prolixity are all pitfalls in Renaissance poetry, and Spenser is no exception.

Spenser’s exuberance and rich, luxuriant style, at times bordering on overbearing sweetness, are a result of the Renaissance setting. His work tends to be excessive in scope. He is carried away by the flood of ideas, and he goes into such depth about places, landscapes, pageants, and feasts that he starts to grate on the readers’ nerves. Occasionally, Spenser, like the Renaissance men, delights in describing the complexities of life, and the Faerie Queene is so densely packed with anecdotes that it becomes dilatory and prolix. These are some of the Renaissance’s flaws that Spenser’s work highlights, but he can be excused for them due to the prevailing trends of the time.

Elements of the Reformation in Spenser’s Poetry

Despite his study of Aristotle, Ariosto, and Plato, Spenser maintains a high regard for the Bible, and his life demonstrates him to be a true Christian. His ethics are those of a devout Protestant and a valiant, noble Christian. Though he appears in the Faerie Queene as Platonic, Epicurean, and Aristotelian, he remains a Protestant at heart, trusting in the Supremacy and greatness of the English church over the Roman church. Protestant Christianity has a firm grip on Spenser and exerts a disproportionate amount of influence on him.

In the Faerie Queene, he embodies the real Christian values of faith, hope, and charity. The other twelve virtues he attempts to encapsulate in the figure of King Arthur are all distinctly Christian.

Orgoglio, the colossus, embodies the crooked Roman Catholic Church’s vices. He embodies pride, a pervasive flaw in Roman Catholicism. Archimago, a holy hermit, is another Roman Catholic Church representative. He is the pinnacle of deception, hypocrisy, and suspense. Spenser demonstrates his contempt and hate for the hypocritical Roman Catholic church by introducing the immoral characters of Duessa, Orgoglio, and Archimago. Spenser exemplifies the Protestant religion’s values by portraying Una and the Red Cross Knight in all their modesty, innocence, and truthfulness. 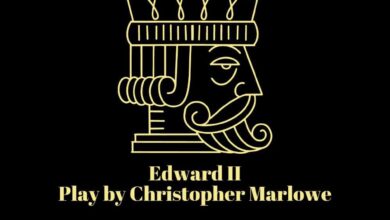